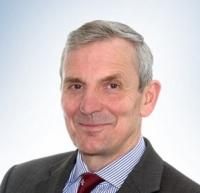 Paul Gibson feels passionately about the vital work being undertaken by SCEG in partnership with the UK Government to develop and implement regulation for the UK Private Security Sector. He is a counter terrorism, threat evaluation and risk mitigation expert, with a specialist interest in counter piracy. His military career culminated as Director Counter Terrorism and UK operations, where he was responsible for global threat evaluation and UK contingency operations and crisis management. He enjoyed a distinguished military career, where he was known as an ambitious pragmatist with risk mitigation as a trademark. He commanded 4th Armoured Brigade in southern Iraq and 1st Battalion The Parachute Regiment (1PARA) on 3 high profile operations including Kosovo and Sierra Leone. He was awarded the Distinguished Service Order (DSO) whilst in command of 1PARA and an MBE for his work on counter-terrorism. His advice is valued at the highest levels and he has been a frequent participant at the government's emergency response committee COBRA, where he advised the Prime Minister and a range of other government ministers. As a defence and security consultant Paul Gibson is highly focused on helping companies to save money for example by increasing understanding about the threats to their operations and implementing risk mitigation measures to bring down costs and insurance premiums by lowering risk through practical counter measures.